​Below are notes from the meeting held at the Hornsey Club on Tuesday evening. GMTRA committee members Nick Evans, Henry Perks, Adam Sharples, Simon Williets and Virginia Jackson attended – It was good to see so many residents there too.

Background
The purpose of the meeting was to consult local residents on the Club’s plan to build a new sports hall behind the garages at the end of Tivoli Road.

Tim Waine gave a brief introduction. The project is currently at the pre-application stage of planning. The Club had a meeting with Haringey Council planners on 10 May and now awaits formal feedback, which is expected in 6-8 weeks. Most residents were familiar with the broad design of the proposal since several pre-app documents had been circulated widely before this meeting. In summary, the Club wants to build a 1000 sq.m sports hall on the land currently occupied by its tennis courts, which are in disrepair, together with a new car park. The sports hall is primarily intended for indoor cricket nets, although use for other indoor sport will be possible, eg badminton, basketball, netball. The facility would be available to all, not just HCC members. HCC was keen to highlight its availability to local schools at discounted rates.

Questions and comments from residents
There were many contributions, and the main areas of concern can be summarised as follows:

Why is it needed?
Many residents questioned the need for this facility, expressing the view that refurbishing the tennis courts was a better option. The Club had allowed the courts to fall into disrepair and should be investing in tennis, for which there is a clear demand. Many also felt that the Club has not made clear exactly how the hall will be used. On the one hand it will be primarily for ‘elite cricket’ nets, but it will also be for other sports. Can it serve both purposes? There would be no community benefit to local residents if it was primarily the former. Usage by schools was also questioned. Is it practical for schools to transport pupils here and back during the school day? Other facilities for schools are also available. The Club responded that it had canvassed some local schools and received an enthusiastic response.

Building on Metropolitan Open Land
The Club is well aware that the land is designated as Metropolitan Open Land (MOL), which has a similar status to Green Belt land. MOL is reserved for outdoor activities, and building on MOL is not usually permitted unless it is ancillary to outdoor sport (eg pavilions). Given this, how does the Club expect to obtain planning permission? The answer given was that the Club will claim there are very special circumstances which can override the MOL designation, namely the need to provide for elite cricket. Ultimately the Council will decide on this.

Visual and environmental impact
The building will obviously be highly visible to nearby residents. The proposed height is 8.5 metres. Its size was questioned, and it became apparent that the dimensions are largely dictated by the need to meet the requirements of the Sports Council to qualify for a grant. The Club has based the design on a similar facility somewhere in Surrey.

Asked about light pollution, the architect replied that there would be some ‘light bleed’ from the structure, and obviously the car park would be lit. The Club was unable to provide a definitive answer when asked about proposed hours of operation, nor when questioned was it able to provide any details of its business plan. Although the Club stated that it was not for profit, there will clearly be substantial running costs that need to be covered.

Traffic
The implications of increased traffic, especially along Tivoli Road, was a major concern of residents. Tivoli Road is the only access route and is effectively single-lane, since cars are usually parked on both sides. The Club admitted that this is a key challenge, but there is no alternative. Residents pointed out that a belief that many visitors would walk or use public transport is hopelessly unrealistic, since cricketers carry a lot of kit and younger users will be brought by parents. The current experience of traffic congestion on Friday evenings demonstrates this point.

Car Parking
Related to the increased traffic, car parking is also an issue. The proposed facility will have 39 car parking spaces, which is only marginally bigger than the existing car park. This means that cars will attempt to park in Tivoli and Glasslyn Roads, where there is already pressure on parking spaces. The Club asked whether residents would like to see the CPZ hours extended, but this suggestion was not well received.

Next Steps
It was clear from the meeting that nearly all residents present were opposed to the proposal. Accordingly, residents decided to form a small group to coordinate the opposition, particularly if this proceeds to a full planning application, so that all those affected can speak with one voice. The Club, when asked, agreed to further consultation meetings with residents after they have received feedback from the Council on the pre-app discussions. 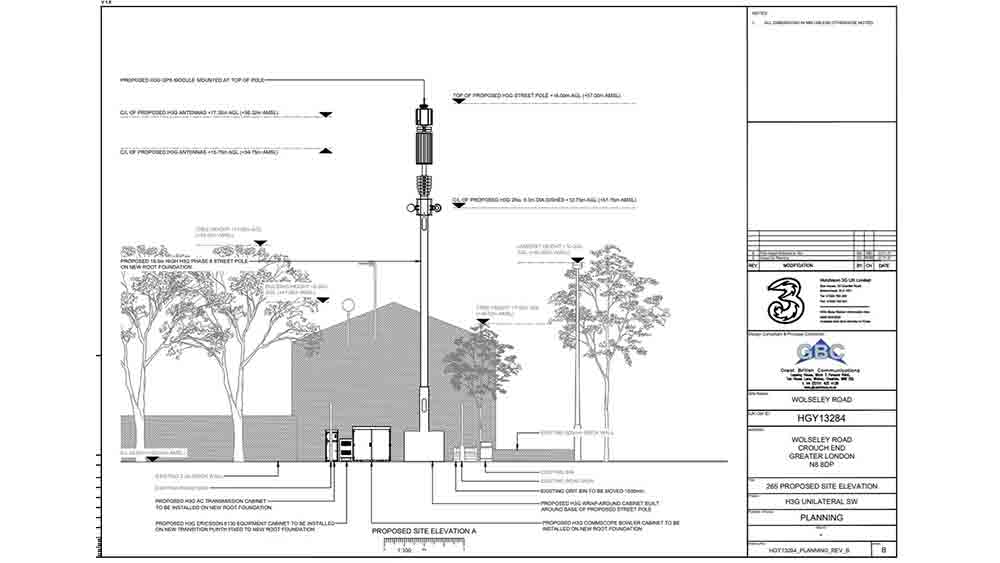 The GMTRA normally circulates news-worthy information to all members immediately the information is available.
The GMTRA will continue to keep the circulation of emails to a minimum, there will be times when it will be important that we do contact you. Therefore, we would like to encourage you all to send any applicable information and in particular any security warnings - e.g. about theft, attempted break-ins, bogus callers etc. – which you believe would help your neighbours. Please forward this information to gmtra@hotmail.com so that if appropriate, this information can be circulated to all members. Perhaps you would also let us know when any new residents move into our area so that GMTRA can welcome them and hopefully get them to become members of the GMTRA.